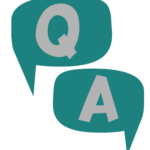 The income statement reports a company’s financial performance over a specific accounting period and would usually include the following line items:

A detailed breakdown on Revenue can be found here.

A detailed breakdown on Cost of Goods Sold can be found here.

Gross profit is the profit a company makes after deducting the costs associated with making and selling its products, or the costs associated with providing its services. Gross profit will appear on a company’s income statement and can be calculated by subtracting the cost of goods sold (COGS) from revenue (sales). These figures can be found on a company’s income statement.

Selling, general and administrative expense (SG&A) is reported on the income statement as the sum of all direct and indirect selling expenses and all general and administrative expenses (G&A) of a company. SG&A includes all the costs not directly tied to making a product or performing a service. That is, SG&A includes the costs to sell and deliver products and services and the costs to manage the company.

EBITDA, or earnings before interest, taxes, depreciation, and amortization, is a measure of a company’s overall financial performance and is used as an alternative to net income in some circumstances. It excludes the cost of capital investments like property, plant, and equipment.

This metric also excludes expenses associated with debt by adding back interest expense and taxes to earnings.

Depreciation is an accounting method of allocating the cost of a tangible or physical asset over its useful life or life expectancy. Depreciation represents how much of an asset’s value has been used up. Depreciating assets helps companies earn revenue from an asset while expensing a portion of its cost each year the asset is in use.

Amortization is an accounting technique used to periodically lower the book value of a loan or intangible asset over a set period of time. In relation to a loan, amortization focuses on spreading out loan payments over time. When applied to an asset, amortization is similar to depreciation.

Taxes are mandatory contributions levied on corporations by a government entity—whether local, regional or national.

Corporate taxes are paid on a company’s taxable income.

Earnings Before Interest after Taxes (EBIAT) measures a company’s profitability without taking into account its capital structure, which is the combination of debt and stock issues that is reflected in debt to equity. EBIAT is a way to measure a company’s ability to generate income from its operations for the period being examined while considering taxes.

Net income (NI), also called net earnings, is calculated as sales minus cost of goods sold, selling, general and administrative expenses, operating expenses, depreciation, interest, taxes, and other expenses. It is a useful number for investors to assess how much revenue exceeds the expenses of an organization. This number appears at the bottom of a company’s income statement, and is also an indicator of a company’s profitability.

What are your Feelings

Still stuck? How can we help?

How can we help?

Necessary Always Enabled
Necessary cookies are absolutely essential for the website to function properly. These cookies ensure basic functionalities and security features of the website, anonymously.
Functional
Functional cookies help to perform certain functionalities like sharing the content of the website on social media platforms, collect feedbacks, and other third-party features.
Performance
Performance cookies are used to understand and analyze the key performance indexes of the website which helps in delivering a better user experience for the visitors.
Analytics
Analytical cookies are used to understand how visitors interact with the website. These cookies help provide information on metrics the number of visitors, bounce rate, traffic source, etc.
Advertisement
Advertisement cookies are used to provide visitors with relevant ads and marketing campaigns. These cookies track visitors across websites and collect information to provide customized ads.
Others
Other uncategorized cookies are those that are being analyzed and have not been classified into a category as yet.
SAVE & ACCEPT